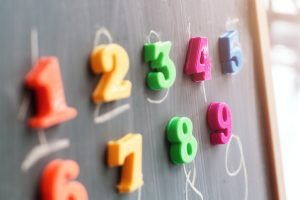 Happy New Year! As we approach the independent school decision-making time, many parents/guardians are thinking about whether or not to “redshirt” their rising Kindergartner. This article has some interesting points. As an Educational Consultant, I believe that, in the end, each child is so different and therefore there is no right or wrong decision.

Last week we had our 4-year-old’s parent-teacher conference. She’s in pre-K, turning 5 next summer, and so one of her teacher’s first questions for us was, “What are you thinking about kindergarten?”

We’ve been here before. She’s our family’s third summer baby, which in our Ohio school district means that all of our kids turn 5 just under the kindergarten cutoff of Sept. 30. Our youngest is small, a bit shy, and sticks mostly to one or two friends. She’s also bright, capable, emotionally secure, and on the cusp of literacy. What to do?

Five years ago, we had a similar discussion about our eldest, who is an early September baby. He was clearly ready academically, but was emotionally and socially “young.” His preschool recommended another year, a practice that has become known as academic redshirting, and so we waited, but not without some hemming and hawing.

Three years ago, we were back to it with our older daughter, a late-August birthday. She also was academically ready, but was so withdrawn in early preschool that we had actually wondered whether she had selective mutism disorder. It turned out she didn’t have the condition, just extreme introversion and shyness, but the preschool again recommended another year for greater social and emotional maturity. Again, after some angst, we took their recommendation and waited.

Fully 6 years old and fresh off three beautiful, enriching and expensive years of preschool, she had eagerly looked forward to kindergarten. When it began, though, our daughter was disappointed and upset. Despite a wonderful public school and teacher, there were several significant behavioral problems among her classmates — probably a couple of undiagnosed underlying issues, as well as the ordinary chatter and antsiness of typical 5-year-olds. My daughter complained, “Some of these kids don’t even know how to line up. It’s like they never even went to preschool!”

She was probably right, as it turns out. For all my uneasiness about the kindergarten decision, and what’s the Very Very Best for my kid, it’s all a bit of a tempest in a teapot. My children attended a high-quality preschool, and in that respect, they already have an advantage over the notable minority of the kids in my town who do not attend preschool. They also have an enormously wide advantage over the children in our neighboring city of Cleveland, where more than 75 percent of children do not attend a quality preschool, and where, not coincidentally, 54 percent of children live in poverty. (Efforts to expand preschool attendance in Cleveland have grown, but are still in their infancy.)

Meanwhile, inside elite preschools, the preparedness gulf is still widening. Five years ago, when we enrolled my son in his extra “Pre-K Plus” year, only July, August and September birthdays — those just under the Sept. 30 cutoff — were typically eligible to enroll. Occasionally, a June birthday could enroll with special permission, and most typically with an I.E.P., individualized education program, showing a specialized educational need or delay.

Now, as my youngest is rounding the corner to kindergarten, our preschool regularly enrolls June and even May birthdays without any unusual need demonstrated. The fact that my bright, typical, early June daughter is even being considered for a kindergarten delay just goes to show how far things have crept; she would finish kindergarten right around her seventh birthday if we held her back. Somewhere, a line must be drawn.

Of course, I don’t have to hold my child if I don’t want to, and I’m almost certain we won’t this time. Yet, her kindergarten classroom is likely to have a wider spread of ages and abilities than ever. It may very well include children who are just under 5 years old, who have never been to preschool and can’t sit still, and in the same room, mature 6-year-olds who are fluently reading chapter books and ready for advanced math. The increased teacher burden, and the effects on the collective learning experience, seem readily apparent.

We can make the decision only for our own children, of course, and we parents all want to do what’s best for them. Sometimes, that’s another year of preschool. “You’ll never regret it,” other parents and educators alike have often advised me over the years.

I’m afraid it’s not quite that simple — not for me, and not for elementary school classrooms. Although my older kids are doing well, I admit I’m still a little conflicted about holding them. Perhaps their success in school has less to do with any inherent advantage to their being older, and more to do with the fact that any child whose parents have the financial ability to wait probably already has the decked stacked in his or her favor. Most of these kids, like my youngest daughter, will be more than fine either way. But what about the rest of our children?

Sharon Holbrook is a freelance writer and the founder of Green Up Cleveland. Follow her on Twitter: @216Sharon.